back to all projects
Trailer & Film, Branding
KING
Rebel Riders

Challenge King, known for its seminal puzzle game Candy Crush, has been developing a new mid-core game that is miles away, in terms of genre and attitude, from the iterative games that made them a mobile giant.

Rebel Riders, a PvP vehicle based action game, represents a new direction for King as its promise of satisfyingly fluid gameplay, challenging game modes and pilot/vehicle variety puts it up against many established games in the mid-core space. Naturally, this means that Rebel Riders exists outside of the King brand sphere, and therein lies the challenge Bibrog faced.

Although Rebel Riders was still in development, Biborg was tapped to help elevate the brand into a new, younger and darker space that it could own, independent of the traditionally cute King look and feel. To do this, we delved into the game’s narrative and the twisted backstories of each pilot, which in their totality could be summarised as a Fight Club for Toys set in NYC.

With this in mind, we created an urban yet approachable brand identity that authentically represented the game and that could inform the design and treatment of all other brand elements, from logo, to key art and to film.

LOGO Logo creation was the first key step in defining the brand’s identity. After months of design iteration and testing, we finally landed on a composition that neatly balanced a character-informed graphic and graffiti inspired typography, which we made bespoke for the brand.

DEV DIARY King didn’t want the typical dev diary where developers and producers just sit and talk in their studio in front of a green screen. Instead, King and Biborg opted for a short and sweet approach and scripted a narrative that pulled the devs into the game’s universe, mixing live action, CGI and gameplay to properly introduce Rebel Riders to the world and announce the opening of the play test in select markets.

KEY ART After landing on the logo composition and dev diary treatment, Biborg’s approach to the key art was clear. We wanted to showcase the game’s twisted pilots and varied vehicles within their underground battle-club environment and inject the explosive energy players can expect to experience when playing. 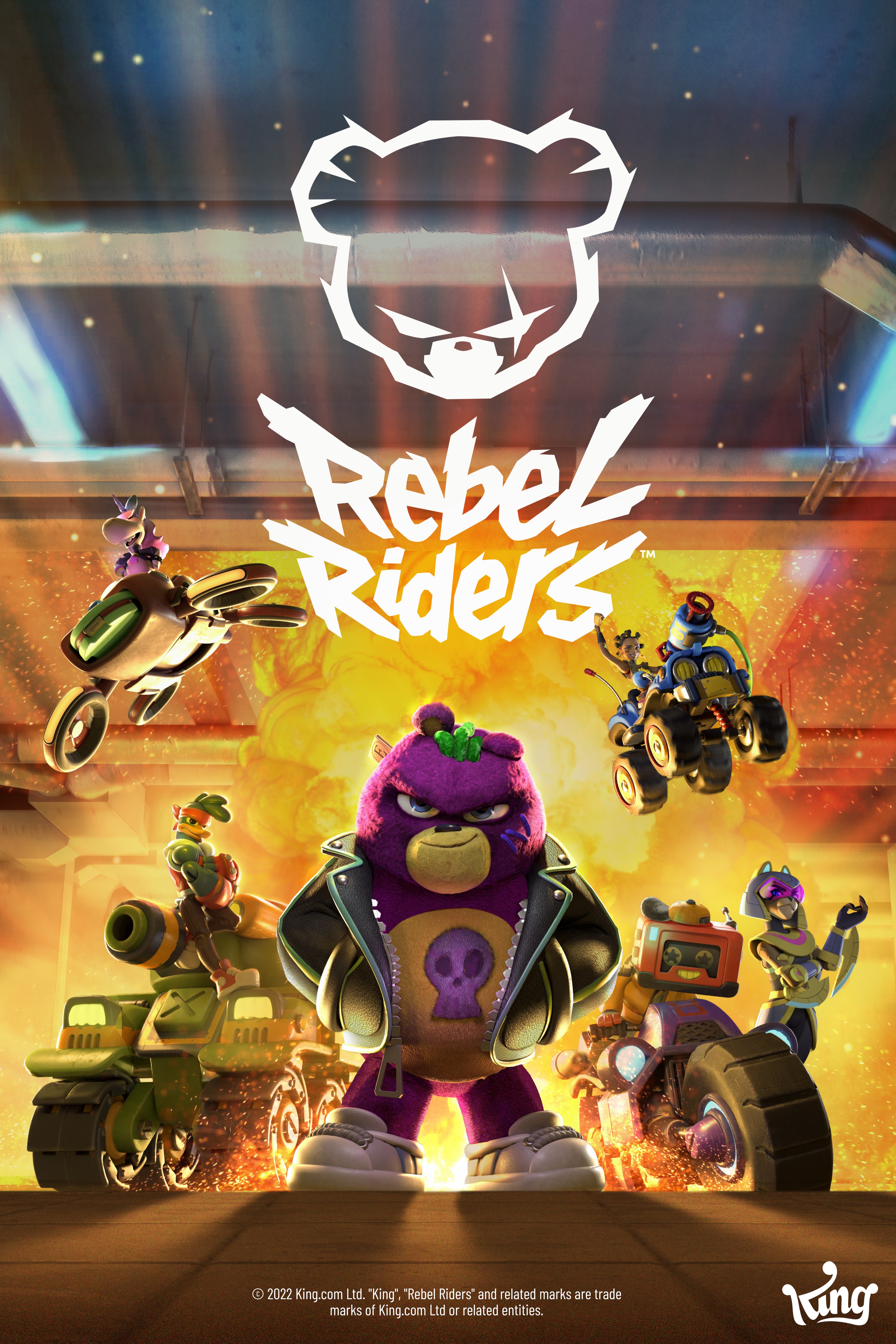