Playing as Eivor, a legendary Viking warrior, players are driven from Norway by endless wars and dwindling resources in the ninth century AD. Eivor and part of his clan are trying to take over England, where the sons of Ragnar Lothbrok have already set up...

Critically Acclaimed as “Ubisoft’s Best Assassin's Creed to Date", Biborg, #likeaviking, accepted Ubisoft’s call to arms - against another agency - to find the perfect way of communicating through DIsplay and Social units for the game’s release.

Every concept needed to showcase the right message and content to the right audience, while playing with the native features of the platforms. Be smart while being creative!

Creative answer Based on a thorough study and understanding of Youtube, Instagram and Tik Tok users’ daily habits, Biborg came up with a tailored recommendation with badass creative concepts for these three platforms.

For instance, on Tik Tok, using hashtags gives a video more opportunities to be discovered and surfing on Trends is a key to success. Also, Including a track from the TikTok music library always provides additional opportunities for a video to be discovered, as users can search for videos just using the soundtrack!

Getting back to Ubisoft with different ideas per platform, we ended up winning their viking hearts, and started producing these units alongside the Display campaign and Masthead!

Display Campaigns First thing first, we collaborated with Ubisoft on a Display toolkit, from the Pre-Order campaign to the Launch Campaign using the different keyarts and quotes from the Gaming Media on D-Day.

TikTok For Tik Tok, we created anIn-feed Ad using a native feature allowing TikTokers to answer users’ comments directly within the videos! As a TikToker, Eivor was answering to his fellow Vikings, from the “Best memory of his/her journey” or “Who would you sacrifice your life for?”. With, of course, the official Assassin’s Creed Valhalla soundtrack 😎 Instagram On Instagram, we hacked the Live feature enabling users to discuss directly with their audience. The idea was to immerse users at the heart of a Viking clan by faking the live interface, with the Vikings commenting & reacting to three iconic ingame situations: Live like a Viking, Conquer like a Viking & Think like a Viking. Youtube This Assassin’s Creed Valhalla Masthead wasn’t our first one. In fact, we started sharpening our axes with our first AC Masthead for the launch of... AC III!

Since the first seconds are decisive, adding an impactful motion animation that hooks the viewers from the beginning is key. But we have to keep in mind that 70% of traffic come from mobile users. Everything needs to be as visible and readable on both Desktop and Mobile. And finally, we always recommend adding text cards to make our message understable, since the sound is off by default.

With that in mind, we came up with the idea of having Eivor swinging his axe to break the screen in the very first seconds. By creating this trompe l’oeil effect, our goal was to introduce the Masthead with a strong stopping-power, and attract our users’ attention to watch the rest of the video, until the endcard. 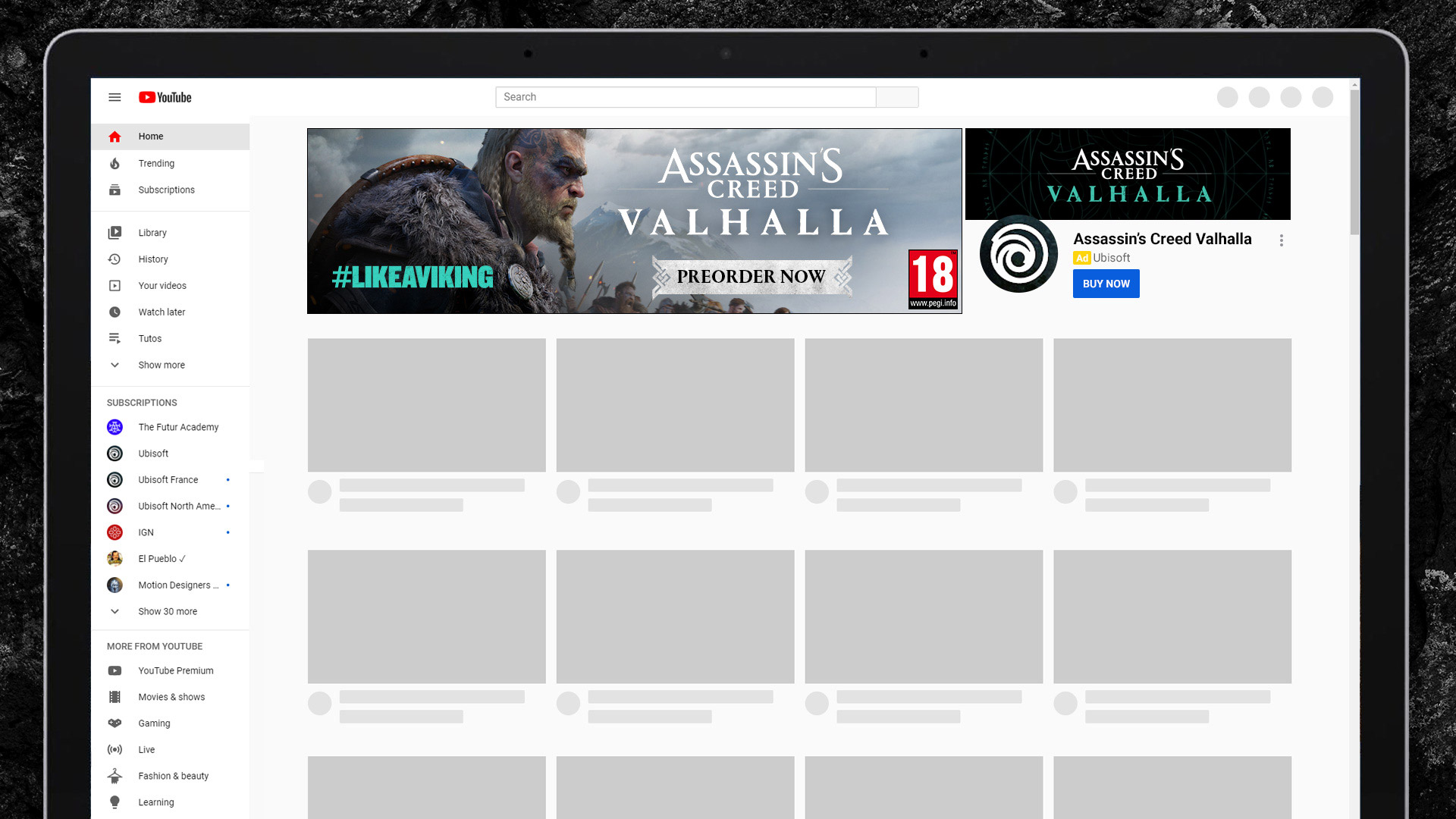 PS Store You might have seen this one on your PS4. Alongside the Display and Social campaigns, we also provided Ubisoft with a toolkit for the promotion of the game on the PlayStation Store, from key visual to banners. 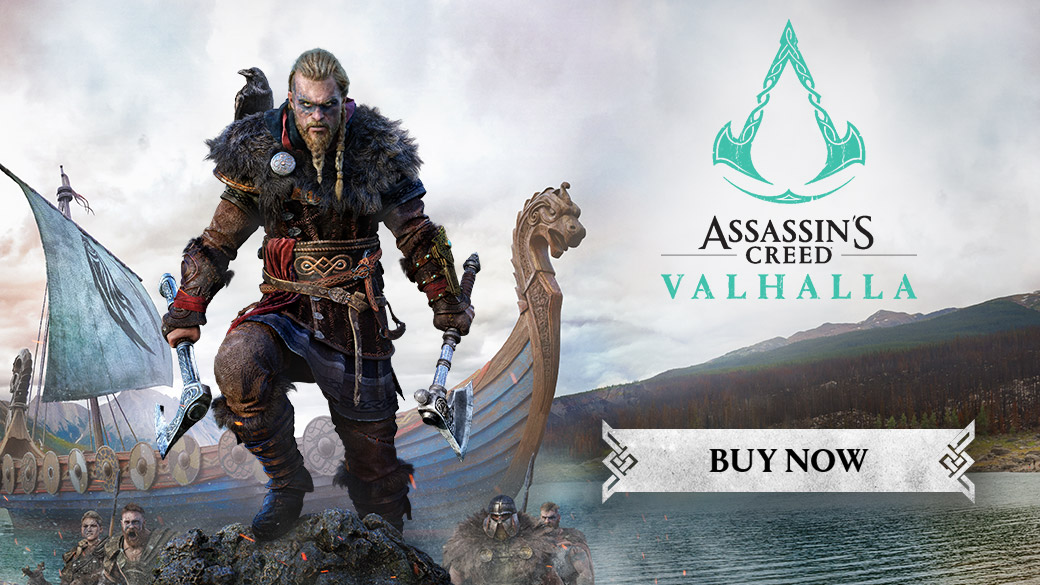 Metro Covering Last but not least, Ubisoft also tasked Biborg to create a full metro covering at the Gare de Lyon and St Lazare metro & train stations! We handled the full sticking and the production of 3 Digital Out-Of-Home adaptations from the Launch Trailer.

According to Ubisoft, Valhalla's number of active players on launch day were double that of Assassin's Creed Odyssey! Valhalla has also reached viewership and engagement numbers on Twitch and YouTube that surpass any other Ubisoft game's launch…

Biborg also accompanied Ubisoft further on Valhalla's with a special post-launch campaign. This campaign went live on Instagram, Twitter and Facebook with several twistes to fit the targeted territory. The aim here was to highlight the immersive experience offered by the game thanks to its Next Gen Graphics!

You haven’t tried it yet? Hone your blades, the Age of Vikings has begun!