back to all projects
Display & Media, SoMe
Ubisoft
IMMORTALS FENYX RISING

Challenges For its release, Ubisoft wanted to generate awareness and engage the mainstream gaming audience with the creation of original content.

Creative answer To do so, we created a series of social media videos for Ubisoft’s owned channels to introduce the core elements of this new IP, such as the biomes, monsters, weapons, abilities, etc...

We were in charge of writing and producing these episodes, and we handled the gameplay capture, art direction, motion design and editing in house.

In total, 504 videos were generated thanks to an After Effects template we developed in order to deliver this amount of content in less than 6 weeks.

If you are interested in the full episodes in English, see our playlist dedicated to them below :

Results So far, the first episode of our serie had more than 50K views on Ubisoft Twitter's account, as you can see below. 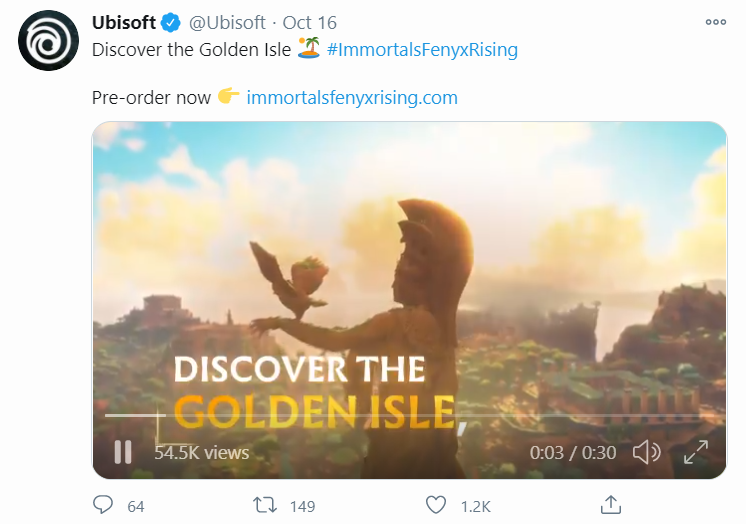