back to all projects
Display & Media, SoMe
Ubisoft
WATCH DOGS LEGION 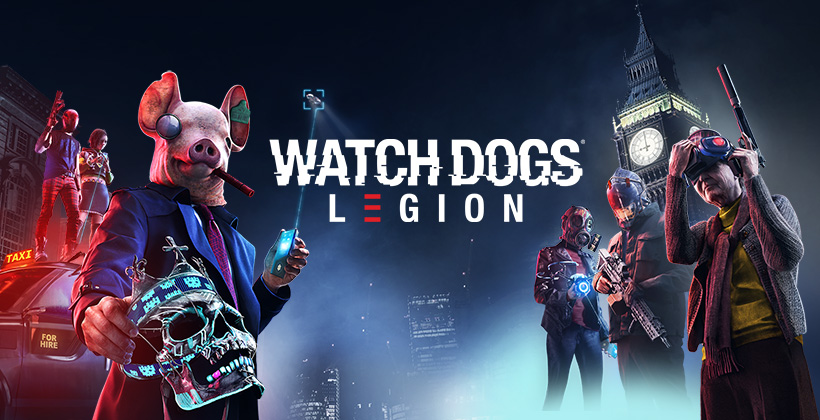 Context Watch Dogs Legion is set in a near-future version of London. Following a series of bombings, the city is being governed by Albion, a corrupt private military corporation.

In Legion, you’ll take to the streets as part of DedSec, a resistance movement rising up against this new threat using tech and your network of underground operatives. For the first time ever in gaming, literally anyone from the in-game population can be recruited to fight by your side and become a resistance fighter!

Challenges To support the different pulse points of the game, Ubisoft turned to Biborg to handle different campaigns from Reveal to Launch.

In addition to the Display campaigns, Ubisoft challenged Biborg’s own team of creative recruits to bring the game’s central promise to life: the ability to play as any character you see. Since everyone has a unique background and skill set, no two players’ resistances are the same!

Social Campaign Variety is the spice of life... it's also the foundation of any good resistance! To fully understand the potential of the Play As Anyone feature, our activation had to offer players a way of building their own extraordinary and unexpected squad. When building a team, balance is essential: what good is it pitting three cage fighters against a corrupt authoritarian regime?

From there, we came up with the idea of using Instagram, Facebook and Twitter polls, inviting users to pick their favourite characters and trios from a wide range of personalities.

Working in collaboration with Ubisoft, we crafted full personalities for our cast of 18 characters, giving each one a name, age, job, neighbourhood and headline… just like they’re real Londoners! We even gave each character their very own personalised graphic treatment to express their personalities visually.

To stay true to the game fantasy and storyline, all of these characters are available in-game! The perfect tool to plan out your ideal group of resistance fighters in Watch Dogs Legion upon release.

We supervised the gameplay footage acquisition in collaboration with Fire Without Smoke, the London-based agency that worked on numerous Watch Dogs Legion trailers.

Capitalizing on their expertise of directing in-game shoots, they captured exclusive gameplay footage that shows off every character in action, based on our creative approach and the 18 character profiles.

This captured footage was the perfect base for us to create epic trios of characters, just like a game trailer. To reinforce this feeling even more, we worked on an original musical score, with different rhythms and styles depending on the character configurations!

Display Campaign From Reveal, E3 and Comeback, to Pre-Order and up to Launch, Biborg provided Ubisoft with display toolkits, including HTML5 Standard Units, Static Skin and Homepage Takeovers. The key challenge was to adapt the keyart while keeping the different characters visible within various size constraints, to keep the game’s Play As Anyone promise front and centre. Accolades Campaign To support the game on release day, Biborg collaborated with Ubisoft on a toolkit of 15’ re-cuts of the main Launch trailer, promoting quotes and ratings from the Gaming Press. To create stopping power within the Facebook feed, we created a loop effect, using a super quick rewind effect back to the start of the video. Masthead As one of Biborg’s specialties, Ubisoft turned to us to handle the YouTube Masthead to support the reveal of the game during E3 2019. In addition to being creative and finding new ways of “hacking” the Masthead unit, we had to:

Whether you’re building a launch campaign or taking down an oppressive private army, the best results always come when you work together.